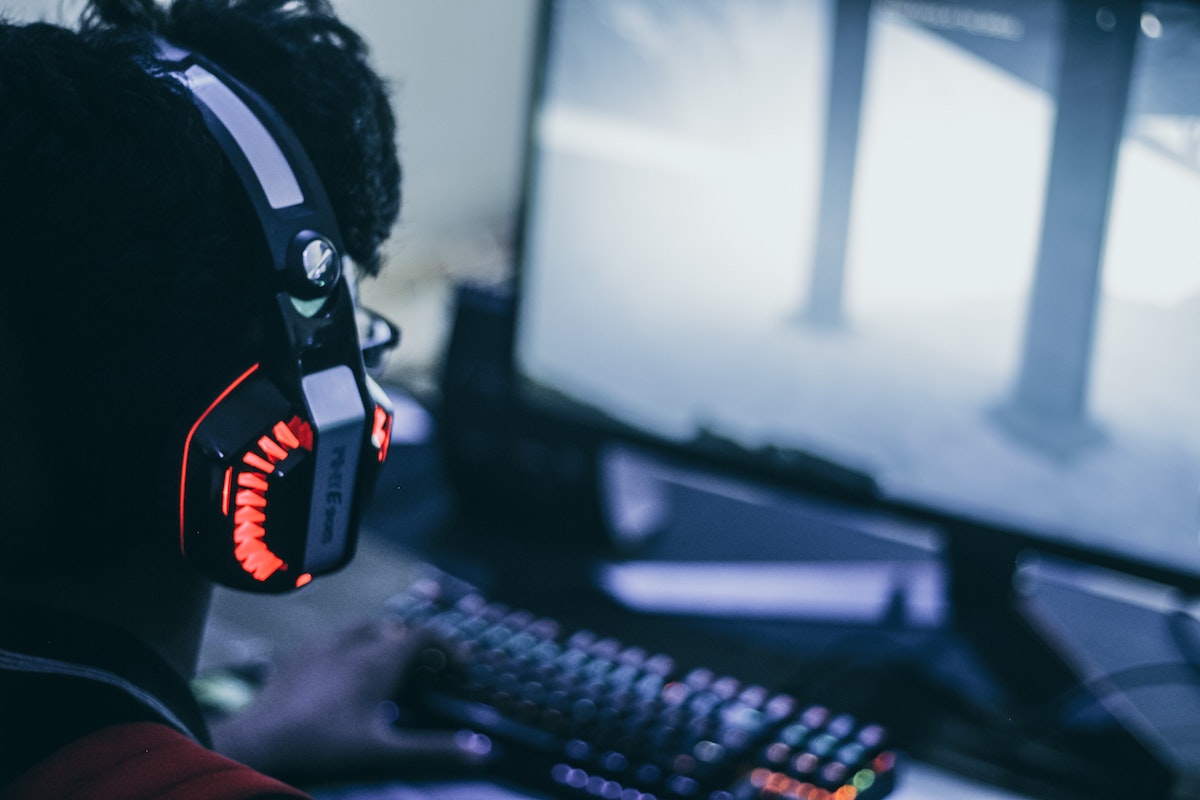 While Covid-19 and the lockdowns have made the world a smaller place, they have also reduced it to the status of a narrow portal, where students, the elderly, professionals and homemakers alike live in unison with uncertainty, stress and the gripping fear that they may not meet loved ones this year. Much to students and professionals’ consternation, a fear of losing an entire year with no goals achieved looms large. While a lot of final-year college students feel their future is bleak, there have also been mass lay-offs across the world among professionals. Those who have loans to repay are hit harder; and the migrant crisis that we saw in India when the lockdown was announced, was traumatic beyond the confinement of words. At times like this, with rising degrees of stress, it becomes almost imperative for one to have an outlet to purge one’s inner chaos. Many have found that in cooking, some in physical exercises, while others in reading books. As for me, I found my agency of mental emancipation in open-world, action role-playing games (RPGs).

ALSO READ: COVID-19 and You: Tunes for Troubled Times

I have been gaming for a few years now and it has hitherto been an active hobby. But there are also clear implications of how it helped me use my time productively in this bizarre phase in history. Why I advocate gaming, especially RPGs, is because of the personal and sincere investment it commands from the players. For me, the thrill is in being somebody else for a moment, stepping into their shoes, in their world, and solving their problems for them. In return, that helps me focus better in real life, helping me be swift in problem-solving, more patient and also resilient. Additionally, during the lockdown, I played co-ops with friends. The hearty banter and raillery that it entailed when we set out together for unknown quests and intense combats with powerful enemies, made for precious moments of humour, happiness and humdrum –– the simple joys of life as they call it. Video games have the distinct ability to compel one to think critically. While in a book or a movie, you are aware of the fourth wall, in gaming, you are in charge and it becomes your story.

For example, as a child, Aloy, the protagonist of the open-world action role-playing game (RPG) Horizon Zero Dawn (HZD), has a rock hurled at her while she picks berries at a field in her village. It leaves a gash on the right side of her bleeding forehead. The kid who hits her acts out of unadulterated malice, as Aloy is an outcast and the boy belongs to the Nora tribe, a community of matriarchal hunter-gatherers in the region who believe that an outcast is cursed and meant to be shunned.

As Aloy picks the stone to throw it back at him, players of the game are offered three options; they have to choose one to move ahead in the story. Option 1, symbolised by a tightened fist, to aim for his head; option 2, symbolised by a brain, to knock the (second) rock from his hands; and option 3, symbolised by a heart, is for Aloy to drop her rock. So then, do you confront a challenge, allow yourself some insight to strategically tackle it, or express compassion towards your opponent? The game does not proceed unless she/you have made a decision.

Video games are now a major outlet for stress relief and a productive mental exercise. Apart from power-packed plotlines, spellbinding graphics and soothing original soundtrack, they can also solicit strong emotional support for gamers. The FICCI-EY survey[1] of 2020 states online gaming in India grew at 40% growth rate this year and the total revenue generated by the sector was Rs 65 billion.

On the other hand, in Poland, a survival game called A War of Mine has now been included as a part of the reading material for sociology, history, ethics, philosophy students.[2]

But yes, video games are also preceded by their notorious reputation. While a large part of such criticism cannot be negated, there is the good, bad and ugly in the world of gaming, just in any piece of literature: graphic, cinematic or textual. An astute player will catechize her own choices and play them with discernment.

Acute mental perception is a prerequisite for most games. They help one focus, gather intelligence, and be sentient. Highly interactive, each of them commands undivided attention. A game like Hitman, for example, revolves around an assassin but protagonist Agent 47 also has to complete the high-risk tasks assigned to him in complete stealth, undetected. A bloodbath or an offensive tackle would lead to a low-rated report on completion.

Sensory information calling for prompt action must be processed in split-seconds in these games. They need sharp reflexes, active listening skills and the patience to cultivate foresight. Take the example of a cinematic game such as A Way Out, in which the two protagonists have to break out of a high-security prison. Without mental dexterity, the task is impossible to complete.

Clinical psychologist Kamna Chhibber tells The Health Collective, “Every skill, habit or area of interest can have both good and bad associated with it. Gaming can have its benefits for an individual’s cognitive functioning, their memory, dexterity, problem-solving, decision-making, multi-tasking and shifting sets which allow them to maintain a quantum of mental flexibility and speed.”

Several studies have concluded that video games have been advocated as an agency for kids to open up in therapy sessions; for autistic people to express themselves creatively; for introverts to socialize in a virtual world. A lot of such games were released online for free on PCs and PS alike during the lockdown, to keep people occupied indoors too.

ALSO READ: Is Therapy for Everyone?

Call of Duty, PUBG, Fortnite, Borderlands, etc accommodate multiple players at a time. As they join friends or strangers in the virtual world, they operate as a team. It requires a tremendous amount of coordination, mutual understanding and communicating each other’s opinions, as they set out on some rather extraordinary journeys or indulge in fierce combat battles.

It’s also an efficient methodology for school teachers to train children in multi-tasking, creativity and improve the brain’s speed.[3]

Having said that, desensitisation towards violence as seen in video games, just like in films and other media, bears the risk of affecting children’s behaviour in public. For example, if the player gets rewards for killing innocent bystanders on the road, as in Grand Theft Auto, there’s no motivational tool to pick for the player from such an arrangement. Increased aggressive behaviour learned from any video game can result in dysfunctional physical and mental health.

Chhibber shares with The Health Collective, “Any activity when pursued to an extreme can have its negative influences too. As a result, it is important to monitor that indulgence in gaming does not occur as a measure to avoid other activities or leads to problems in functioning in other areas such as social relationships or work-related aspects.”

When Byron Bernstein, popularly known as Reckful, a streamer for the multiplayer RPG World of Warcraft, passed away this year, fans held a memorial for him inside the world of warcraft. The spontaneous gathering of numerous players to grieve online continued till all the servers almost exhausted their limits. When actor Robin Williams died by suicide in 2014, fans of this same game had started a Change.org petition to encourage the developer to create a Robin Williams World of Warcraft NPC (non-player character). Soon enough, in September 2014, Williams’s persona went live in the game.

Shared experiences shape kinship, but this could be felt at an individual level too. At an indelible point in another RPG, God of War, protagonist Kratos and his young son scatter the ashes of his dead wife Faye (as per her last wish) at the highest peak of the nine realms, players feel a subliminal sense of closure along with them. Similarly, when you play the role of the friendly neighbourhood superhero Spider-Man (in Marvel’s eponymous game) and assist law enforcement officers in saving the city of New York, the proverbial silver lining behind dark clouds strikes out. It offers temporary solace with therapeutic potential.

Gaming also helps in reconfiguring a nascent worldview and widens the scope of a debate. One of the constant criticisms of God of War was about Kratos’s calculated cold-heartedness towards his child, Atreus. I felt that too, that the father is imposing toxic masculinity on an unassuming child grieving the loss of his mother. I had this debate with my partner, who was familiar with Kratos’s history (as revealed in the previous chapters of the game) and the agony and conflict he carried in his heart. This made for long discussions on the craft of storytelling in video games vis-à-vis the methods of execution and how it impacts young minds in our society.

We talk about their programming, how targeted their marketing is, the fetishism of the female anatomy as in games like Metal Gear Solid, how the LGBTQ community is still under-represented in them, and so on. When you can live somebody else’s life in a virtual, parallel world where circumstances are largely under your control, it’s a beautiful world to seek refuge in, and creates engaging dialogues.

Netflix announced The Witcher: Blood Origin, a six-episode prequel series, only a few days ago. The Witcher is most popular as a game series despite its novel and Netflix versions. One can argue that that’s because the game has an impeccably written storyline and subplots, characters with depth, picturesque landscapes and hauntingly beautiful soundtrack. And here, I would like to leave you all with a scene from the game:

When a disconcerted mother approaches Geralt of Rivia to help her find her missing son, Geralt discovers that her son was a soldier, who along with a few other disgruntled soldiers, had deserted their camp. Subsequently, a search party sent for them captures a few of the soldiers and hangs a few others in retaliation. Unfortunately, the noblewoman’s son was one of those killed. You/Geralt now have to go back to the mother and tell her what happened and your options are: a) Tell her the truth and cause her agony b) Lie to her that his unit was ambushed and he died valiantly fighting, and give her some comfort.

What would you do and why?

(Disclaimer: This article has not been written on behalf of any gaming studio, platform or manufacturer. Please use your own discretion in choosing your games and refer to the PG ratings before recommending games to children.)

About the Author: Ananya Borgohain commissions books for a leading trade publishing house in India and was a journalist prior to that. In her free time, she enjoys playing open-world RPGs, watching football and travelling. She can be reached at @ananyaborgohain on Twitter.

Views expressed are personal. The Health Collective cannot and does not intend to substitute for expert advice from a trained professional. 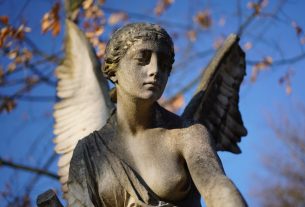 Your Stories: Living with Panic Attacks, Anxiety and Depression 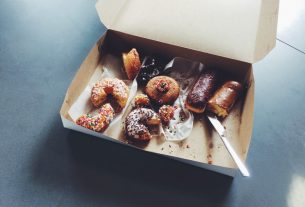