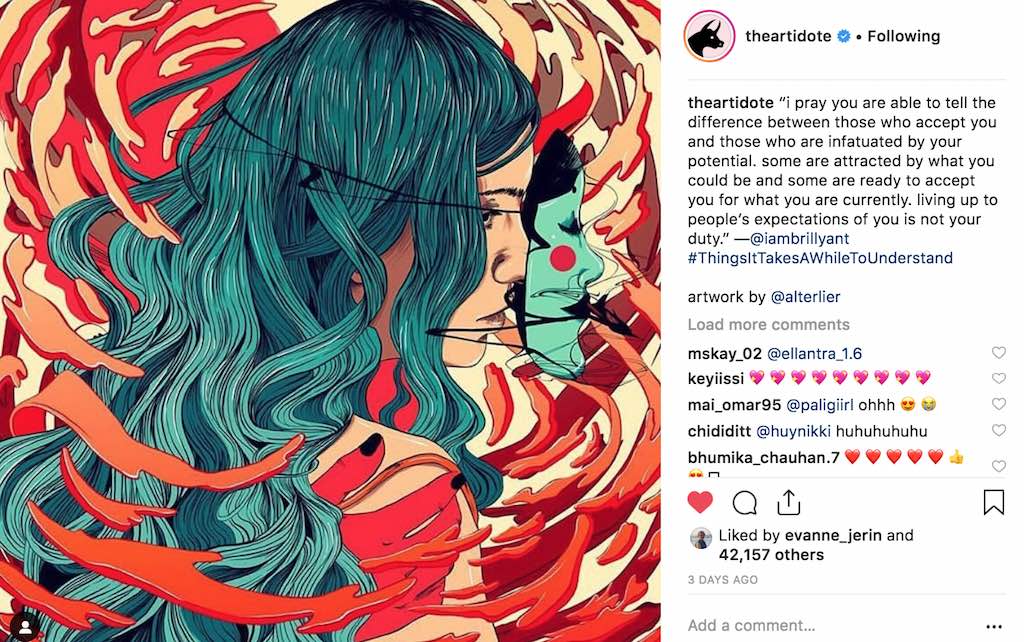 Jovanny “Jova” Varela Ferreyra is the founder of The Artidote, an incredible site, which in its own words: “Launched in 2015 as a virtual space where to story-tell, empathize, bond and heal through art, today The Artidote community has become a global support group that has saved lives through social media.” Read edited excerpts of an interview by Siddharth Mohite for The Health Collective from the Artidote Delhi Meet & Greet at Bedlam (powered by A Little Anarky Films).

Q: Tell me about the Artidote journey, how did you come up with the idea ?

Jova: So it was an idea that came out of nowhere…It was something that I stumbled upon by accident actually, when I started sharing posts on Facebook, out of all places, posts that combined artwork and poetry, in mid-2013, that’s the first time I started doing it, before I noticed that they were going viral… And, at first it was a creative exercise before I realised that I was doing something much more impactful and especially when I began to receive the messages from people that were sort of, very grateful for the posts, because it allowed them to expand their awareness, their empathy, their emotions. Sometimes the posts provided words to their feelings, and they felt heard, or seen in a very strange way online, and then I started getting messages from people who (and it still shocks me to even say it), but from people that didn’t commit suicide, because of something they saw on the page or something they felt on one of posts.

And it still feels strange to say it, and I still don’t take it for granted for the fact that lives could be changed on social media, which I didn’t wanted to believe at first, but I had to start believing in it because a lot of messages were coming in, and that’s when I realised that yeah, it’s real!

(Editor’s Note: If you or anyone you know is in need of help, please reach out to a trusted helpline or organisation; some for India are listed here)

Q: Why is there a need to talk about mental health today?

Jova: There is always a need to talk about something that we know exists and we know we need to address, and the reason why it has come up is not because it’s new — we’ve always had a mind, right? Since the beginning, we’ve always been mindful of that fact, but we have never considered the fact that our mind is our operating system, and that our mind is the way in which we navigate our world and the mind is where we process all of our experiences, memories, our senses. That’s why it’s an entire field, you know, the study of the mind and human behaviour.

I think it is a conversation that is now very necessary simply because we realise that there are parts of the mind that often don’t begin to work in the most healthy of ways. For example, where the tools that we use, like our mind is a tool that helps us navigate, you know, reality and what we sort of can see, and can sense and can move, but sometimes it falls ill, right? Just like the body. The reason why we talk about is because suicide is a thing right, that’s the real reason…and we’re trying to also understand how by talking about it, we can also help create a more healthy umm… space for people to take care of their mind so that suicide is not a thing in the world… And so, so yeah, I mean it gets to like a very existential level as well, us being the only sort of species that are conscious enough to think and be aware of our actions and the past, the future and all of a sudden we are sought of caught in between so many complex things, you know, that life has, like the technology that now surrounds us, the ideas that we have about people, where they come from, different belief systems, different cultures, regions, it’s too much for this thing to sometimes process, so we are trying to find out the way of creating… a space or just a healthy sort of operating system so that it doesn’t become too over run with too many things to consider.

Q: What is the vision of this community that you’re building? And what is your way forward, especially in the context that you said India is a country is suicide is a leading (cause of death) and as a young country?

And there is no middle ground to like learn about what is happening with our minds, to learn about anxiety, to learn about the things we’re feeling because we’re actually not taught in schools how to feel our feelings, right?

We’re taught about IQ and increasing our IQ; we’re doing really good at that, at creating engineers and people that are good at math and sciences and have really high IQ levels but we’re really bad at creating people and human beings that are really good with EQ, the emotional quotient.

And so that’s what my role has been to sort of balance that out, because I think we’re a much better off society with having people that are having a much greater EQ than a much greater IQ. Even for the people I love to surround myself with, yes, I want intelligent people around me and smart people around me, but if they’re not good human beings with emotional intelligence, I don’t make time for those people because it’s no value to me having somebody that is really smart but is a jerk!

So, I rather have really kind people that may be ignorant, meaning that they don’t have enough information as the next person, but at least I know that I can trust them and at least I know can be vulnerable with them, I can trust them with my emotions and I can share that openly because I know they are not going to betray me or try to get ahead of me because they find competition interesting because of a higher IQ level.

Q: What has been your impression of India and conversations about Mental Health in India? Conversations developing thanks to your platform?

Jova: I get exposed to people that talk about it best because I’m in the epicentre of these conversations but I know these conversations are not happening just randomly like that and I know there is a big generation gap… Especially by the creation of social media, and a new language and these devices, new ways of communicating that, thes older generation doesn’t have. And when we talk about India being the youngest country in the world that’s half the population that knows a language that the other half doesn’t know. But who is making the policy and how is creating the laws and the rules? Yeah, the people that don’t understand that new language, and so it’s a big challenge but it’s a challenge worth taking. But that’s my take, that that’s why it’s so crucial to have these conversations now especially in this country.

Q: Your work on Twitter has been great. What is one or two best (work) which you could tell people?

And more than a word that’s an action and that’s simplest thing that we can do, but also the most important thing we all have been doing consciously or unconsciously so:

Material on The Health Collective cannot substitute for expert advice from a trained professional.

About the Author: Siddharth Mohite is a student who has graduated with a BA Economics degree from Shri Ram College of Commerce, University of Delhi. He strongly believes it’s important to talk about our emotional & mental well-being because it is connected with everything, including how we think, feel and act. He is also interested in knowing how technology is transforming every area of our lives. Find him on Twitter and insta @siddhar_th 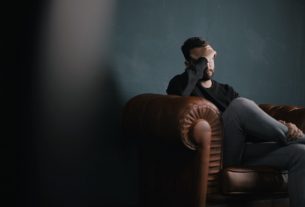 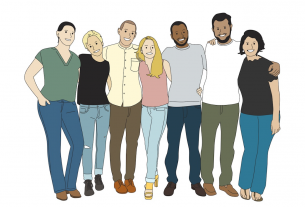 Lessons From a Student Support Centre, One Year On 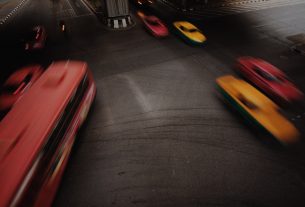