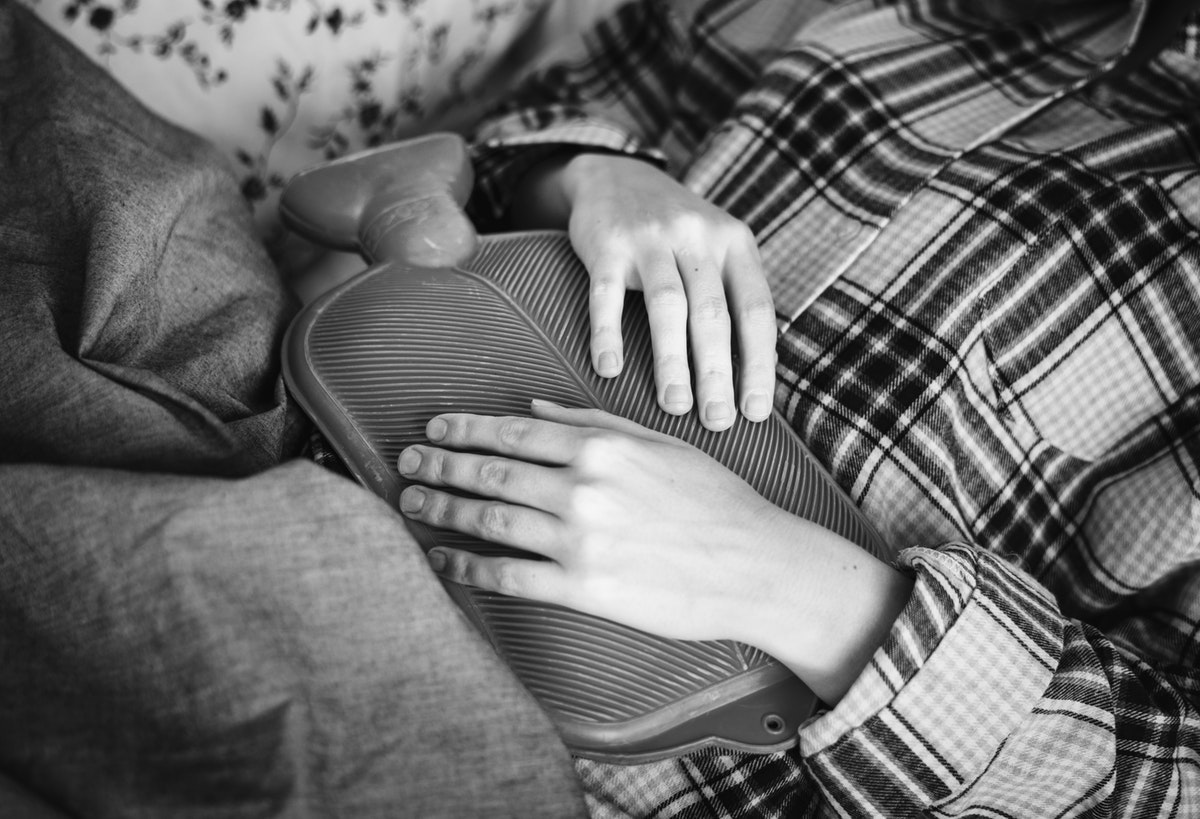 Endometriosis is one of the most debilitating, excruciatingly painful, life-altering conditions you have never heard of. What is even more unheard of, is the narrative of empowerment, awareness and support that should necessarily run alongside crippling unpredictable diseases such as this. The causes and cure of endometriosis are famously unknown. We only know that somehow, for apparently random reasons, the endometrium of the uterus starts growing outside of it, most commonly on the ovaries, uterus, fallopian tubes, gall bladder, or the bowel. During menstruation, the tissue breaks down and causes severe pain.

The trauma of endometriosis lies primarily in this crucible of pain. As is now rather well-documented scientifically, chronic pain changes you. It alters your brain– its structure as well as function. This experience of pain is not a localised one that can be worked around easily. It starts with being a sensation, an all-consuming pain that seems to engulf your insides. Then it becomes a character trait. You become a person who anticipates, fears, manages and arranges her entire life around the next bout of pain that may strike you at any which moment.

What does this do to people? How do people suffer through endometriosis, a chronic invisible illness? It never looks like the person is struggling. It is not a fractured limb or a scar on the head. It is pain. With an erratic routine and paralysing effects. Of course, it leads to depression, anxiety, self-doubt, guilt, shame and profound body-image issues. The pain management is a Sisyphean task that you are always engaged in, only to have roll back at you again.

Uncertainty of Diagnosis Takes a Toll

Endometriosis takes a mental toll on you from the very first stages. Unexplained pain, stomach bloating, infertility and many such symptoms can go on for years before endometriosis even gets diagnosed. The long period of uncertainty is not only frustrating, but also ridden with self-doubt, because your suffering has no name. While on one hand, your lifestyle, livelihood, social and romantic relationships are all getting affected, you are also struggling to explain your condition and pain to doctors, most of whom are not often qualified to diagnose this.

ALSO READ: ASK THE EXPERTS: WHAT YOU NEED TO KNOW ABOUT MENTAL HEALTH

Lakshmi Sharath, a travel blogger and one of the foremost endometriosis awareness activists in the country, lived with it for nearly a decade before a conclusive diagnosis. She tells The Health Collective that she inexplicably almost collapsed in 2012, but even then she went to visit a gastroenterologist because these symptoms can be easily misunderstood. 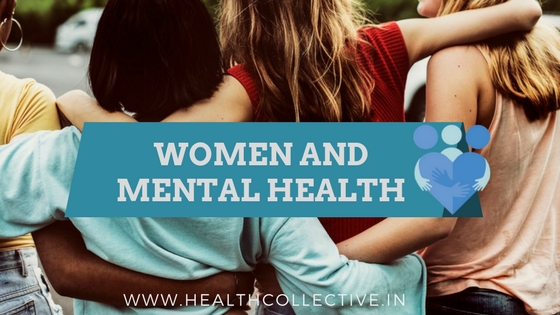 Dr Sejal Ajmera Desai, one of Mumbai’s foremost gynaecologists, tells The Health Collective that a “clinical diagnosis” of endometriosis can be given by more experienced doctors on the basis of ultrasound and sonography. She says some good radiologists can detect the signs, symptoms and effects of endometriosis during these procedures. But more often than not, the average time taken for diagnosis is 7 to 10 years. In a society that trivialises and dismisses women’s pain, and altogether silences it, it is agonising to keep wondering where the gnawing pain is coming from again and again.

Besides the pain itself, one of the traumas of endometriosis is that it demolishes the pillars on which womanhood is perceived to be standing. It needs her to be taken care of instead of her being the caregiver. It leads to infertility and makes IVF extremely difficult, which leads to several levels of stigma and blame. It also prevents most women from just taking the pain and adversity in their stride. Dr. Sejal tells The Health Collective about how infertility, especially, becomes one of the leading causes for depression because of the gamut of emotions associated with female infertility. Women also face an overwhelming sense of inadequacy and guilt for an impaired sexual relationship with their partners because of the pain.

Ishita Pateria, counselling psychologist and psychotherapist, and founder of State of Mind – The Emotional Wellness Centre, explains this further. She shares that in very many cases, the woman’s pain ceases to be the focus and all attention shifts to the IVF procedures. “No one is prepared to encounter infertility, and when it comes to light, families are hit hard,” she tells The Health Collective.

But amid all the clamour surrounding the impact of endometriosis on the families’ lives, the woman going through the pain is often isolated, the trauma of a body, overlooked.

Isolation Adds to the Anxiety

Isolation and loneliness become another stress factor. Pateria emphasises on how it can be a trigger for pain. Sharath tells The Health Collective about the variety of hurtful responses she has received from friends and acquaintances whenever she talks about endometriosis. “People don’t like to talk about women’s issues or gynaecological issues. It’s uncomfortable. A lot of people treat you like this negative person who is always talking about her illness,” Sharath says. As an avid travel blogger, she recounts how she often felt “apologetic” about special adjustments that had to be made for her endo diet and travel restrictions.

Dr. Sejal stresses on the need to ensure that the woman does not have to fend for herself alone. “Mothers always play an important role. Sometimes I’ve had mothers thinking that the daughters are complaining just to make excuses.” Pateria reiterates the same issue, “For someone not going through the pain, they don’t understand how severe it is. People around often accuse the patients of exaggeration.” Such frameworks of thought need to be dismantled if an adequate mental support system is to be given to the 175 million women worldwide who are suffering from this disease.

How to Address Mental Health

Pateria suggests some tools to manage mental well-being while dealing with endometriosis.

While dealing with endometriosis patients, she engages in a lot of counselling even with their families, telling us, “Patients need to know and understand that the suffering can be helped. Depression starts when they feel there is no hope.”

For Sharath, dealing with endometriosis led her to change important aspects of her personality. “I worked extensively on mindfulness and acceptance. Meditation and breathing exercises always helped. I also avoided people or situations that don’t matter. Creating areas of interest, and working on them is also helpful.” Besides these, muscle relaxation activities, breathing techniques and a general self-care regimen adds a slice of positivity when one is dispirited.

Endometriosis is an incurable disease, one of the most misdiagnosed, killing millions of women worldwide. Women like Hillary Mantel, Lena Dunham and Susan Sarandon have faced it and have written extensively about it. Pain is gendered. For a society that puts women on pedestals as goddesses, it also clamps down on their right to articulate their pain. The suppression often becomes the reason for depression and anxiety. We need to develop a language for talking about women’s bodies as not just entities performing a socio-cultural function, but as autonomous sentient things that ache, bleed, desire and thrive.

Views expressed are personal. The Health Collective cannot substitute for expert advice from a trained professional.

(NB: This post was amended to correct the designation of Ishita Pateria) 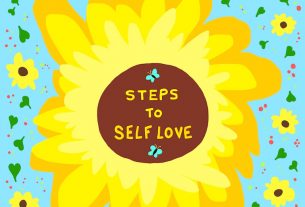 Affirmations: Life is on My Side 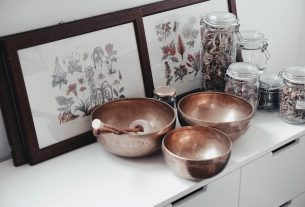 Understanding Therapy: What to Expect in Your First Session 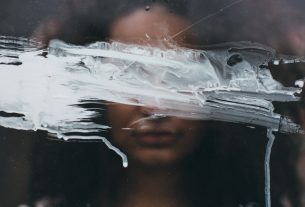 Your Stories: D is for Depression

1 thought on “Endometriosis: Steering Through Pain and Trauma”