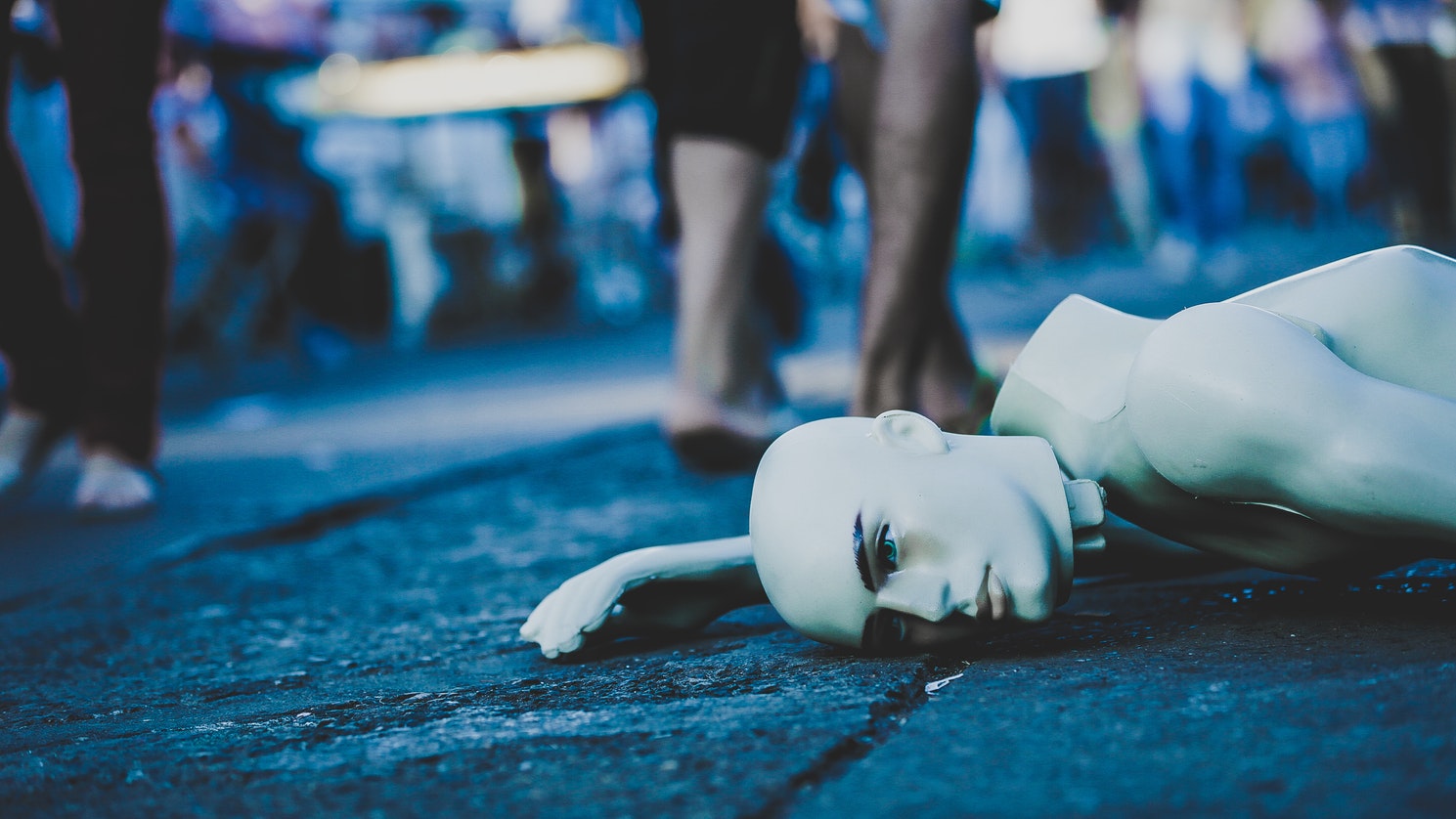 Also Read: The Law and You: Mental Health

The National Mental Health Survey 2015-16, commissioned by the Government, revealed that a ‘treatment gap’ exists for all types of mental health problems: ranging from 28% to 83% for mental disorders and 86% for alcohol use disorders. Treatment gap is defined as the number of people with a condition or disease who need treatment but do not get it. Though the concept of ‘treatment gap’ has been promoted by the World Health Organisation and is vital to encourage government leaders and politicians to address mental health issues in their countries, there has been criticism of the term itself.

The biomedical approach posits that mental disorders are brain diseases and emphasises pharmacological treatment to target presumed biological abnormalities. It has been debated that this approach doesn’t consider the diverse treatment choices that may be available to someone suffering from a mental illness. It does not take social and cultural drivers of distress into account.  There are multiple reports and articles by mental health experts (for example, here and here) which have argued that there is no credence to the claim that biological disruptions or hormonal imbalances cause mental disorders and they can be cured by using medications.

Contrary to the biomedical model of mental disorders, the biopsychosocial approach of mental illness systematically considers biological, psychological, and social factors and their complex interactions in understanding health, illness, and health care delivery. For instance, in low and middle income countries, structural drivers play a significant role and individual sufferings can be attributed to factors such as poverty, war and violence.  In India, however, not many debates and discussions have happened regarding the issue, but globally, the biomedical model has come under much scrutiny and criticism.

Critics argue that the term ‘treatment gap’ has biomedical connotations. Dr. Brett Deaton, a clinical psychologist, who has extensively critiqued the biomedical model, writes that the neglected biopsychosocial model represents an appealing alternative to the biomedical approach, and calls for a honest and public dialog about the validity and utility of the biomedical paradigm.

The Health Collective spoke to several experts in India for their views on this debate.

Dr Soumitra Pathare, a psychiatrist and co-ordinator, Centre for Mental Health Law and Policy, tells The Health Collective, “Unfortunately, the use of the term ‘treatment gap’ has got interpreted as the biomedical treatment gap. We need to emphasise the ‘mental health care gap’ which would also include the psychosocial care gap. For many people, severe mental illnesses, a purely biomedical approach is not sufficient for recovery, while for many persons with common mental problems such as depression/anxiety, psychosocial treatments are frequently as effective as biomedical treatments.” 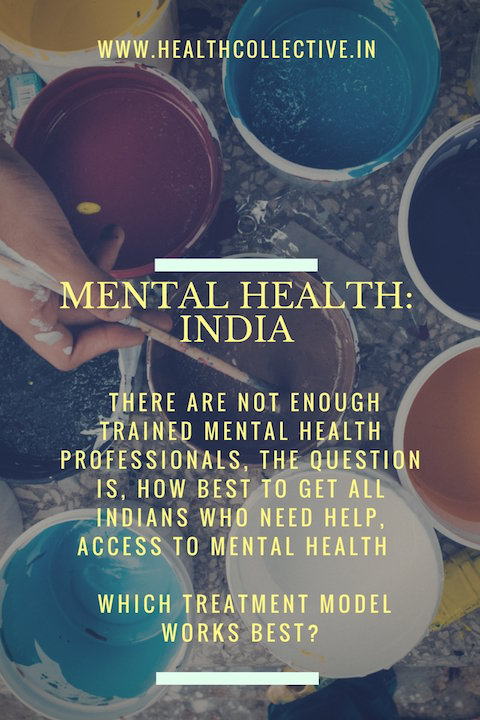 Aarti Rajaratnam, a psychologist from Chennai, tells The Health Collective, “The medical model is one that deals with cause-effect relationships whereas any other model deal more with possibilities. The reason is that the parameters for definition of the problem and the possible beliefs that sustain it or limit it are more rooted in the culture and in the belief system rather than in measurable symptoms.”

She also believes that the Western model of treatment is fraught with challenges.“The Western models which rely so much on medication and alteration of chemicals have in many ways also ignored more recent ways of looking at recovery including neuro-plasticity and neoteny because the belief in illness is stronger than the concept of wellness. Just like for physical illness the final cure is prevention, in mental health, it should put emphasis on focus and training in wellness right from day one”.

The Health Collective also spoke to Mumbai-based psychologist Sonali Gupta. On the biomedical approach, she said, “There are several mental illnesses such as schizophrenia, severe depressive disorder and bipolar disorder, which cannot be cured without medication as they are due to hormonal imbalances”.

However, Peter Kindman, Professor of Clinical Psychology, writes that “It’s all too easy to assume that mental health problems — especially the more severe ones that attract diagnoses like bipolar disorder or schizophrenia — must be mystery biological illnesses, random and essentially unconnected to a person’s life”.

He further stresses the point that there is considerable evidence which proves that even severe mental health problems are not merely the result simply of faulty genes or brain chemicals. They are also a result of experience — a natural and normal response to the terrible things that can happen to us and that shape our view of the world.

In the case of schizophrenia, cognitive therapy has the potential to improve psychotic symptoms and appears to be a safe and acceptable alternative for people who have chosen not to take antipsychotic drugs, according to this 2014 study published in The Lancet.

“One should look at as any other NCD (non-communicable disorder) model like obesity, hypertension, etc. All the factors (Genetic, environmental, physiological, etc) contribute but there is variability,” Dr Prabhat Chand, Associate Professor, National Institute of Mental Health and Neurosciences (NIMHANS) tells us.

According to this 2016 study on mental health by DASRA, a development research organisation, the underlying reason for dominance of the biomedical approach is that in India as well as globally, the mental health agenda is largely driven by psychiatrists who specialize in clinical management and don’t have any formal public health training -– this is a significant barrier to the sector adopting a holistic approach.

Rajaratnam was much more critical on this debate. She said, “It is not necessarily the lack of professionals but the lack of professional competencies among a large number of existing professional. The DO-ers are not teaching anymore. So anyone who actually passes out of even reputed institutions comes out with no skills. Some survive by making a living with the mediocre skills, others manage to set up NGO’s and organisations that can hide behind fancy funding and organising useless conferences stating baseless facts. Still, others manage to set up testing facilities where the client is forced through a million assessments and fancy reports and absolutely no therapy. The widespread corruption, subcultural divides leading to mediocre people heading licencing agencies including the rehabilitation council of India, all these can be the reasons. People need help but there are not enough competent people.”

Is there a case for depending on alternative modes of treatment?

Given the importance of religion and faith in India, several people depend on them to cure illnesses.

Gupta tells The Health Collective, “In my experience, many people, even the highly educated, come to me for treatment only after they have consulted priests, astrologers and other faith healers, and the situation has still not improved. By the time they come for treatment, the problem has increased manifold. Many come and say since many years, we have been trying to get healed through a priest and coming to the psychiatrist is the last resort.”

Dr Pathare had a slightly different opinion. He said “Many people do use religion and faith based treatments as well as traditional and alternative medical systems for mental health problems. However, a critical issue is non-standardisation of religious and faith treatments and therefore, it is difficult to prescribe such treatments. These are likely to be helpful to people who have faith in these treatments, but it must be acknowledged that many such treatments are also associated with human rights abuses.”

Rajaratnam had similar concerns. She says, “Every system will have its benefits. It will depend upon the belief system the recipient of the treatment comes from. As have been proven several times by placebo studies, what the person believes always ends up changing the prognosis and the outcome. However my personal issue is with the way these are implemented in India. It is almost always linked to religion than making it a science. When this happens people whose beliefs are incongruent are likely to choose other things. If this can be done in the absence of the divisive politics prevalent now, we will definitely have better outcomes.”

Owing to India’s pluralistic health system, there is a need to engage and involve traditional healers and informal health practitioners in mental health programs. The Ministry of Ayurveda, Ayurveda, Yoga and Naturopathy, Unani, Siddha and Homoeopathy, which deals with supporting traditional medicine and practices in India should collaborate with the Ministry of Health to work on mental health collectively.

Dr Pathare agrees. He said “AYUSH Ministry should invest in standardising these traditional treatment as well as conducting efficacy trials to establish an evidence base for such treatments based on traditional systems of medicine.

While this remains an unresolved and much-contested debate, clearly there is a need for more discussion. 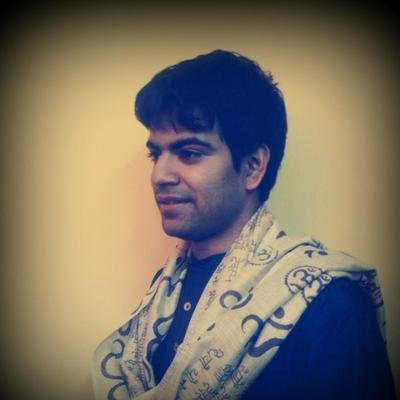 Devanik Saha is an MA Gender & Development student at the Institute of Development Studies, University of Sussex and a freelance journalist. He tweets @devanikindia. 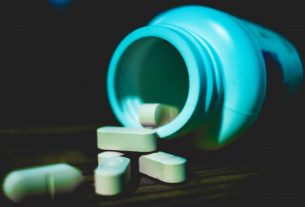 Health Insurance for All: Mental Health 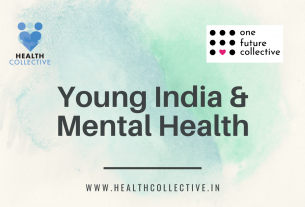 Regulate Your Digital Screen Time for the Best Results 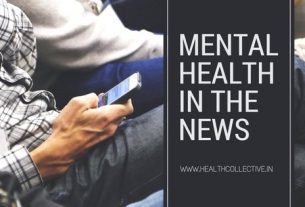 Spread the Word on Dangers of Blue Whale: Supreme Court to DD and TV Channels