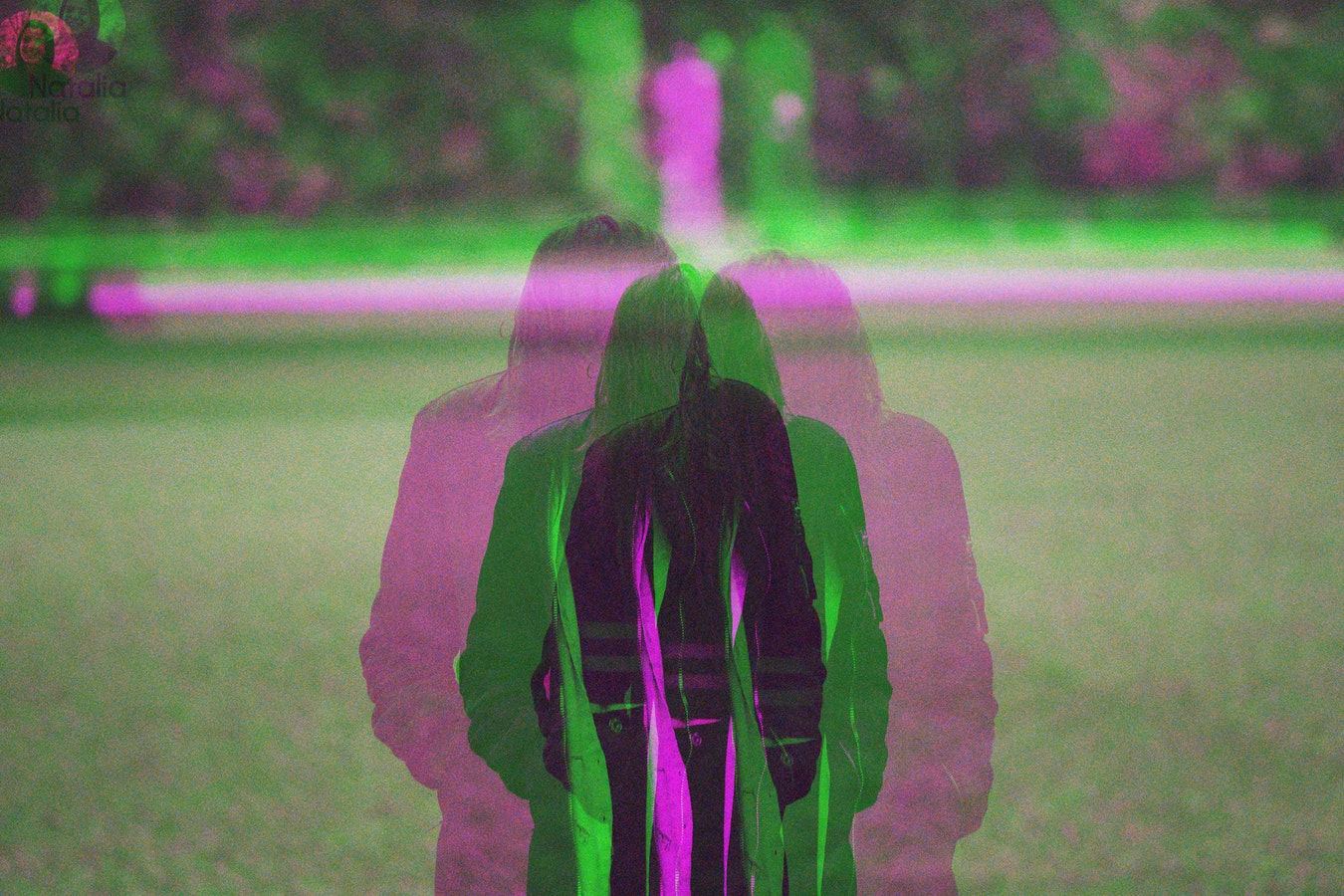 Our brave contributor shares her story, and would like to keep her identity anonymous.

July-August 2015 were bad months for me. My boyfriend of 4-odd years had broken up with me after months of strife, over Skype. I had found a photo of him on Instagram with a woman I didn’t approve of (and who he claimed to have not met) and upon confrontation he told me he didn’t care to explain himself and I should “take my shit elsewhere”. I learnt that I had, to further my humiliation, not received a promotion I thought I deserved and worked 14-hour days for the last several years for. I knew I had to quit my job, pack up my apartment in Mumbai and move back home to Delhi.
I had all sorts of plans before the great meltdown of 2015.
For my life with my boyfriend…who had committed to move back to India after 2 years in Canada, to make things work with us. We had discussed getting engaged, taking things forward.
For Mumbai, where I had been living and loved immensely, and for my work, which I really enjoyed. And suddenly, in a matter of a couple of weeks, all my plans no longer existed.

I sat in my living room, with its cheerful yellow walls and Mumbai’s monsoon thundering outside, my stomach sinking to my knees, the ashtray full of cigarette butts and my head heavy from all the crying, unable to to figure out what I would do next. I had been hiding for a couple of days from my humiliation, at work and in my relationship. I felt small, defeated. I was going to be 28 in a couple of months, and I had no idea where I was heading – single, jobless, back in my childhood bedroom.
Given that I couldn’t control my job and living situation, I decided to make myself feel better by trying to control my personal life. So while I packed and moved, I called my no-longer-boyfriend countless times — sent so many texts that he yelled at me for being “crazy and obsessive” and blocked me on Whatsapp. So obviously, I threw my self-respect in the dustbin, and started to email him every few hours to remind him of all the loveliness he had lost, and all the promises he had made, and all the effort I had put into him.

My plan was to guilt him into submission.
I spent an inordinate amount of time in bed, not sleeping but unable to move out. I quit the gym and gave up on eating — I couldn’t stomach any food. My stomach had completely given way — I was in the loo at odd hours of the day even though I hadn’t eaten much at all. I clung to my phone for replies from no-longer-boyfriend — and got none. I came to understand the phrase “doesn’t have a stomach for it” intimately.
In Delhi, I tried to set up job interviews to try and move forward but had to cancel a couple of them as I struggled to get out of bed. The not sleeping at night and smoking too much had messed up my schedule and I felt immobile. I tried to not think about my failed relationship and all that I had lost in the last couple of months but it didn’t work. I took sleeping pills to try and sleep, I ate fruits to calm myself, I even tried mediation a few times. But I was always exhausted, sapped, like I had been carrying around the weight of the world. My sinking stomach was making me miserable.
It was a familiar stomach feeling — I had felt it before maths exams and tennis matches, and first dates. But at all those times, it was brief — it would go away as I eased into my exam, or put a few serves in the box or smoked a few cigarettes, which I used to inhale deeply and take a moment to manage my nerves. But not this time. Soon, I couldn’t remember the last time my stomach felt settled. I was now living with anxiety.

Also Read: Breaking Up and Moving On: A Psychologist’s Perspective

My family tried to comprehend my situation and be supportive, but after a couple of weeks, began to tell me to snap out of it, to throw my phone away, to look forward, to not waste time on some idiot man who didn’t value me — but I couldn’t. I continued to obsess with my phone through which I still regularly emailed my boyfriend begging him to reconsider even though he had made his position very clear, and I only wanted to talk about my failed relationship to my friends and sibling who I could see I was exhausting, despite their love for me.
To find some reprieve, I began to do some research on my condition and found my symptoms to be consistent with anxiety and depression, afflictions that plague many and are both under-reported and under-treated in India, particularly.
A friend recommended that I try talk to a professional, a therapist. 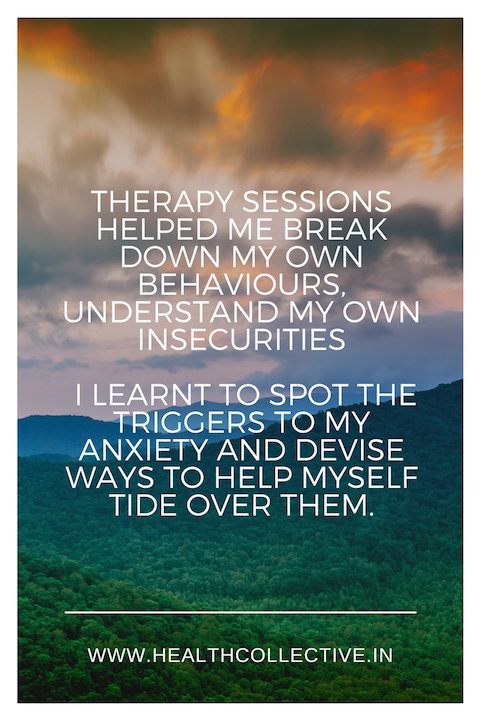 Also Read: Ask the Experts, Is Therapy for Everyone?

It was an idea I had considered before but never went through with. After some research, I found someone who I began to go to once a week. I heard all sorts of snark from my otherwise understanding family — “Pay us, we’ll listen to you”, “The shrink will only rationalise what you’re feeling“, “This is not treatment, go for a run instead you’ll feel better”, and of course, “You’re not crazy so why do you feel the need to go to a psychiatrist.”
At my sessions, the first few times, I would usually spend my hour crying — unable to articulate the heaviness I carried about with me all day. But overtime, we began to discuss my anxiety, it’s triggers, it’s symptoms and how to address it – we began to work through a lot of what I was feeling about myself, my relationships and my life in general. I understood my condition better and how I could work through it.
It took a few months for me to put myself back together. I got a job that I was good at, I began meeting interesting people, I made sure to spend quality time with my friends and family and stepped away from my no-longer-boyfriend entirely, recognising the unhealthy effect the relationship was having on me.
I was diligent with my therapist who had been my life raft through the process.

I found my sessions to be extremely productive, eye-opening even. They helped my break down my own behaviours, understand my own insecurities in ways that I hadn’t before and I learnt to spot the triggers to my anxiety and devise ways to help myself tide over them.
It’s been almost two years since I sat in my house in Bombay with no plans. I now, am in a healthy warm relationship. I have a job, I care about and an apartment in Delhi, that I love. I realise plans failing means space for new and unexpected plans. I continue to go to my therapist regularly and have found a way to live with my anxiety, which pops up every now and then but we know each other now, there’s a familiarity in our engagement, and that makes the dealing a little bit easier. 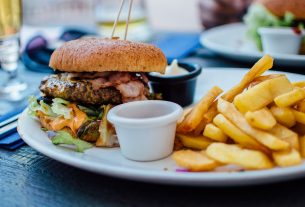 Your Stories: Overcoming an Eating Disorder 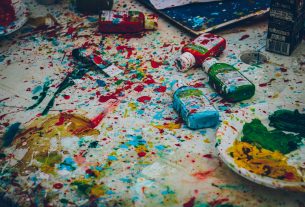 Your Stories: Living With Mental Illness

2 thoughts on “Your Stories: The Great Meltdown and the Healing that Came Next”